National Notary Association | ‘Can I get sued even if I didn’t do anything wrong?’ 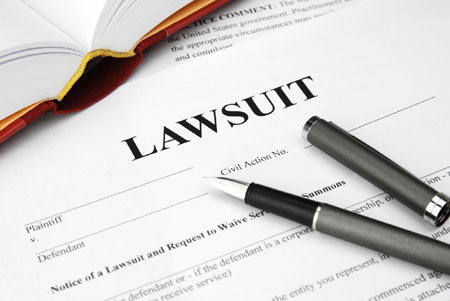 The short answer is yes. As an attorney who has handled fraud cases for more than 20 years, I know from experience that the Notary is almost never the guilty party. In the overwhelming majority of swindles I’ve seen, the Notary wasn’t in league with cheaters. Instead, they were deceived just like the other parties were. Unfortunately, if something goes wrong in a real estate transaction, parties are still likely to assume the Notary was either negligent or complicit in the wrongdoing. And then, the Notary might be named in a lawsuit.

Most people don’t realize how easy it is to forge documents, signatures, or Notary stamps, or how easy it is to obtain a fake ID so realistic that the Notary can only spot it with the assistance of technology. So people might wrongly assume the Notary was sloppy or intentionally turned a blind eye in cahoots with the scammer.

But there’s a big reason thieves don’t typically partner with Notaries: greed. They don’t want partners because they don’t want to share the loot. In fraud cases, if a Notary slips up, it’s often because they too were conned by the con artist.

Even if a Notary is snared in a fraudulent transaction, they’ll be fine in the end if they have done their job well, fully verified the authenticity of the ID, matched it to the person sitting in front of them and properly witnessed the signatures. But before the end arrives, there’s nothing to prevent them from being named in a lawsuit, and then having to defend their actions in court.

In a criminal case, investigators develop evidence first, and then file charges. Police investigators have legal tools, such as search warrants, which they use to gather evidence and build their case. They can then use that evidence as the basis to file criminal charges.

In a civil case, that process is inverted: Plaintiffs must file the lawsuit first and develop evidence second. Civil plaintiffs can’t get a search warrant like police can, so instead they just have to make their best guess as to who’s guilty. It’s only after plaintiffs file a complaint that they are able to proceed with subpoenas, questioning, depositions and so forth and find out what actually happened.

It’s not unusual for a Notary to be named in a lawsuit simply because plaintiffs are obligated to cast a wide net. In other words, the civil process is “Sue first, ask questions later.” And even with the best outcome, being sued is incredibly disruptive.

Notary Defense: How to protect yourself

Given the fact that plaintiffs tend to name as many parties as they can when filing suit, there may be situations in which there’s simply no way to avoid a legal tangle. However, a Notary can take steps to focus away from the Notary and onto the real swindlers.

The most important thing a Notary can do for protection is to keep a journal with meticulous detail. Although not every state requires Notaries to do this, a well-kept journal can be your savior if you wind up in court answering questions about a signing that took place months or even years earlier, and you need evidence to show you did your job correctly.

In many states, the bar to becoming a Notary is very low, and people can become Notaries even if they know virtually nothing about their state’s Notary laws. Jumping on a Facebook group to ask a question isn’t necessarily going to get you the accurate information you need. However, your state Notary-regulating agency should have a website that lays out the requirements for Notaries. Look for it.

3. Have Notary errors and omissions insurance

While most states don’t require Notaries to have errors and omissions insurance, it’s still a good idea to get it. If you are sued, you will need to pay a lawyer to help you answer the suit. Simply saying, “I haven’t done anything wrong!” won’t be enough to get a lawsuit dismissed — even if it’s true. Under a Notary errors and omissions policy the insurer is contractually obligated to defend the Notary in a lawsuit up to the limits of the policy.