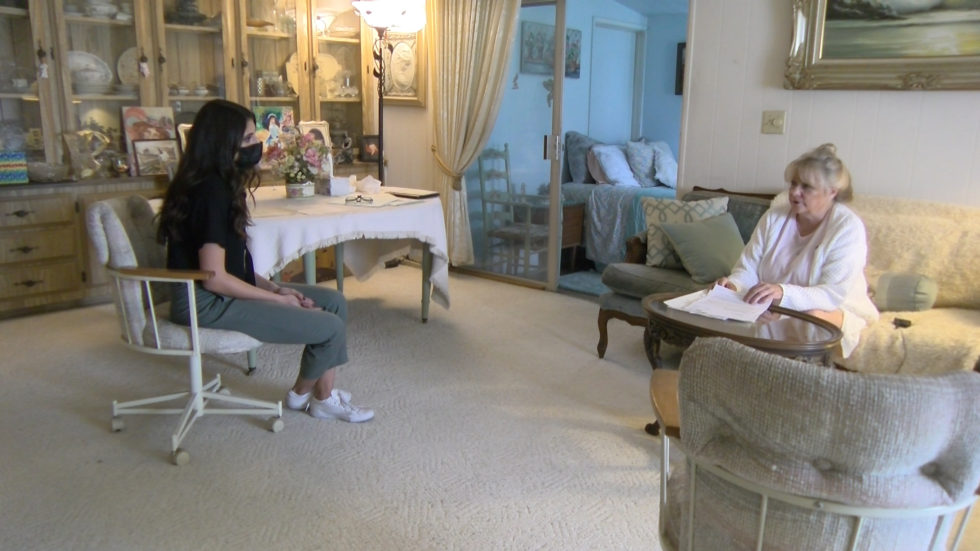 Since the pandemic began, the California Employment Development Department (EDD) has received nearly 20 million applications processed with $118 billion in benefits being paid out.

Residents are concerned about where this money is going. One Thousand Palms resident said her identity was used to collect EDD payment and now EDD is requesting her to pay back thousands for money she never received.

Pleasann Gault is a massage therapist in the Coachella Valley and has spent the last fourteen years taking care of her parents. “My mom just died, right here in this house, she was on hospice for five years,” said Gault. She now feels she is fighting a seemingly never ending battle with the EDD.

She applied for unemployment at the beginning of the pandemic and found out they sent $22,000 under her identity to another address. “Once they changed the address on my account I got to go in and see all the money that they sent out. The dates, the times, everything,” said Gault. The EDD has been sending her claims that she owes them over $12,000 on money she has never received. The letter stated that the EDD overpaid her that amount. “They also forwarded it to the IRS so now I am going to have to pay taxes on $22,000 and I am barely getting by on social security,” added Gault.

Gault filed a report with the Sheriff’s department, a fraud claim through the EDD, and even reached out to the police department in the city with the false address.

La Quinta attorney David Fleck doesn’t represent Gault but has some recommendations. “As long as she has the documentation and the records in the long run she’s going to be fine but she needs to stay on top of this,” said Fleck. Fleck also recommends monitoring your credit. “All of the credit reporting agencies offer credit monitoring so you can explore the different ones and check out the different options,” said Fleck.

“They sent me another collection letter Friday so Saturday I sent in another envelope that thick with the police report, their report,” said Gault. The situation has taken a toll on her as she does everything she can in her power to return to a clean slate. “I mean, I don’t know what to do. I can’t even sleep at night, i can hardly even eat,” said Gault. “Anytime you’re a victim of some kind of fraud it’s a very stressful time in your life,” said Fleck.

Gault has requested if anyone is able to help her, to reach out via email at pleasann3@aol.com.

Her ideal outcome is that all of this is wiped clean. She wants the EDD to send IRS, social security, and her a letter with zero balance.

News Channel 3’s Taban Sharifi reached out to EDD for answers and they were not able to get someone to speak. They did provide a general statement regarding the situation:

The EDD is committed to assisting Californians who may have been victims of identity theft as organized crime rings both domestically and internationally have assaulted unemployment benefit programs across the country.

As dedicated efforts continue to zero in on legitimate claimants and weed out scammers, the EDD developed further resources available on our Help Fight Fraud webpage. That includes a link to AskEDD for reporting suspected fraud and a link to Identity Theft Information Sheets as well as national credit reporting agencies offering no-cost credit monitoring services through April 2021

In addition, we have increased staffing at our designated contact center and provided a link to be able to report potential identity theft on our Form 1099G webpage to assist people who have received such a form reporting taxable benefits paid in 2020. These resources can help in situations where either individuals don’t believe the amount is accurate or they suspect someone has filed a claim in their name or SSN. That designated phone number for Form 1099G issues is 1-866-401-2849 Monday through Friday from 8:00 a.m. to 5:00 p.m. Claims confirmed as imposter fraud will be removed from the associated Social Security Number and an amended 1099G will be provided to mitigate tax liability.

EDD has continued to fortify our system against fraud. With more advanced tools, processes, and partnerships in place at the federal, state and local level, the EDD is well positioned to proceed in 2021 to protect unemployment benefit programs and better serve Californians truly in need.”