Home » Blog » Why is mortgage fraud so common?

Why is mortgage fraud so common? 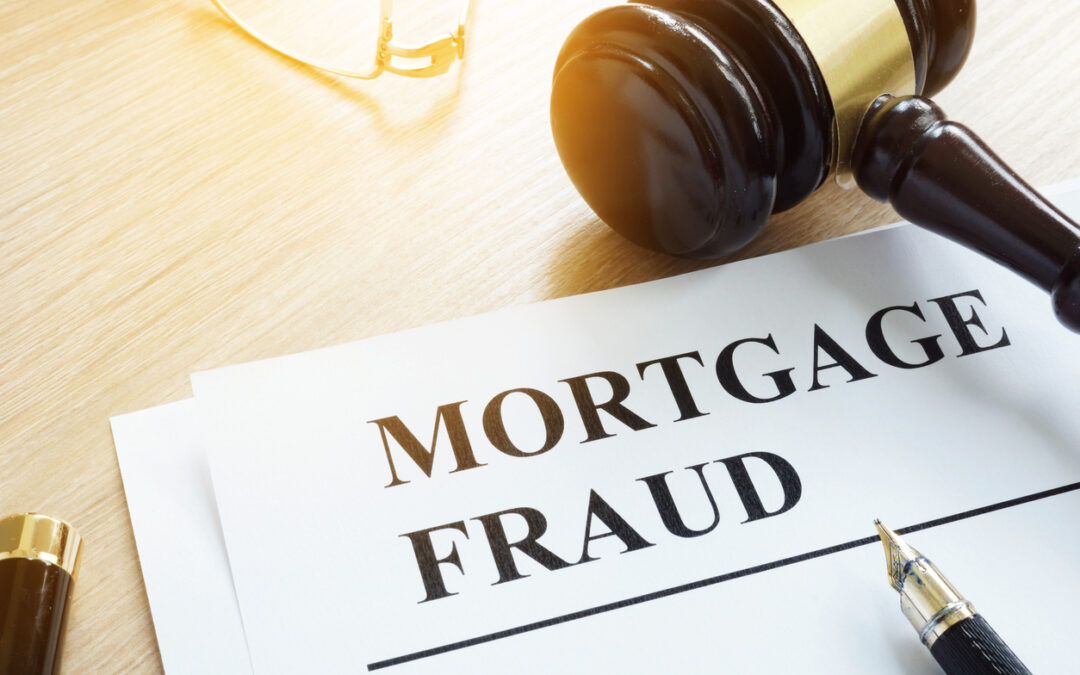 Millions of American homeowners and homebuyers committed mortgage fraud in the early 2000s, and their crimes directly caused the Great Recession of 2007 and 2008. Professionals in every corner of the real estate industry knowingly aided and abetted this bad behavior, including real estate agents and brokers, mortgage brokers and their loan processors, notaries, escrow officers, title agents, mortgage lenders, and the wall street financial experts who sliced and diced these loans into innumerable and incomprehensible derivative and profitable investment products.

Why did they all participate in mortgage fraud? Why does anyone ever commit this crime? There are three reasons: It’s easy, it’s lucrative, and for some reason, people don’t think it is morally wrong (even though they know it is legally wrong).

A Recent Example of Mortgage Fraud

According to the press release from the United States Attorney’s Office, the three of them worked together to obtain mortgages for borrowers who could not lawfully qualify for the loans. They did this by falsifying financial documents, creating fictional companies and fictitious individuals. This scheme caused mortgage companies to make 30 loans worth over $10M based on false information.

What is the easiest type of mortgage fraud?

To commit the crimes alleged above, the defendants needed to use an “insider” who could successfully slip fraudulent documents past the mortgage company, but a person who did not work in the mortgage industry would have difficulty doing this successfully.

In contrast, the crime of title theft is growing because this crime makes it easy to commit mortgage fraud and suck the equity out of the property. Once a criminal seizes control of a property by filing a fake deed with the county clerk/recorder, then they can seek to obtain a mortgage from a hard money (or private money) lender.

Hard money lenders typically base their loans solely on the equity in the property, and they will lend up to approximately 65% of the value of the property. The reason they do this is so that they can foreclose on the property and get their money back plus interest if the borrower defaults on the mortgage. Usually very little additional due diligence is done other than to require the purchase of title insurance.

By seeking hard money, title thieves can quickly and effectively commit mortgage fraud and abscond with the proceeds.

Why is mortgage fraud so lucrative?

Mortgage lenders have deep pots of money to lend to homeowners and homebuyers, and they willingly give the money to any person who submits the right financial paperwork that shows they can pay the loan back. In addition, they have two layers of protection if the borrower defaults on the loan: One, they can foreclose on the property (their collateral), which means sell the property at an auction to repay the loan; and two, they require the borrower to purchase a title insurance policy, so that if their borrower used fraudulent title documents so that it appeared they had authority to obtain the mortgage, then the title insurance company will repay the loan.

In a recent case in California, a crime ring impersonated the owner of a valuable, vacant property in Santa Monica. They used a high quality fake ID to impersonate the true owner of the property and sold it for approximately 65% of the true market value to a real estate development company. The criminal syndicate chose that price because they knew that at that price, the developer would quickly qualify for a hard money loan, and in fact, they did.

They closed this deal after an expedited, two-week escrow, and the criminal syndicate received $1.2M for the sale of a home that it did not own. The fraudsters had opened a checking account in the name of the victim, into which the title company deposited the funds from escrow. Less than a day later, the criminals transferred the money out of the country and disappeared “into the wind.”

We need to distinguish between two types of mortgage fraud: fraud for housing and fraud for money. Many people submit false documentation to mortgage brokers simply because they really want to own a home, but they can’t legally qualify for a mortgage. Based on their financial data, the lender doesn’t believe they can repay the loan, so they are not a good risk for the bank. However, the borrower believes they can make their payments, so they decide to trick the lender into funding the loan by submitting false financial documentation.

People who commit fraud for housing don’t think they are doing anything morally wrong; they put mortgage fraud in the same category as speeding, and often real estate agents and brokers encourage this belief. Fortunately for them, nobody will ever discover the lies in their loan application unless they fail to make their mortgage payments, and if they do default, the lender is more likely to simply foreclose on the property than report the crime to the police.

People who commit fraud for money are typical con artists, who might very well be psychopaths. This type of fraudster doesn’t feel empathy and doesn’t have the same sense of right and wrong as the rest of us, so they don’t feel bad about anything they do.

Mortgage fraud is common because it is easy, it is lucrative, and the perpetrators don’t think it is a very big deal. Many people simply don’t think it is wrong to cheat banks and insurance companies even though they know it is illegal. As long as banks continue making mortgage loans, there will be mortgage fraud.